Every path in life has its purpose. In 1997 I took a turn which lead me to where I stand today. My art, me as an artist and Team DOES have evolved quickly during the last couple of years. 2019 feels like the doorway to a next level. A level where my art has become three-dimensional and lasting in contradiction to the two-dimensional and transient nature of graffiti.

In short, 2019 has been the year of growth, professionalization and BRIQUE. And man, did the year fly by!

It started with several interviews for the Dutch paper Telegraaf, Vice Magazine and Graffiti Art Magazine. In February my former soccer club Fortuna Sittard wore a specially designed t-shirt by DOES for the match against PSV. My two loves, graffiti and soccer, became one. Work piled up as I took refuge in my new studio. A place where I feel at home and where I can experiment. I am keen on leaving something tangible behind in this world, in this lifetime. This is the driving force behind my constant search for new ways to express art. I don’t want to set boundaries. I like to switch styles and find balance by exploring different art forms and using various media. This process lead to BRIQUE: three-dimensional lettering artefacts made from epoxy, pieces of walls, colored layers and plaster. It is a way of putting lines aside and focusing on forms in order to bring more depth to my work. The BRIQUE project really took off this year. The collection has been on display in Dortmund, Germany, the Urban Art Fair in Paris and last month during Art Basel Miami.

When I could no longer hide in my studio-bubble I hopped on the plain to paint on several festivals in a row. For the first time I set foot on the friendly African continent for the fifth edition of Rabat’s Jidar Street Art Festival in vibrant Morocco. 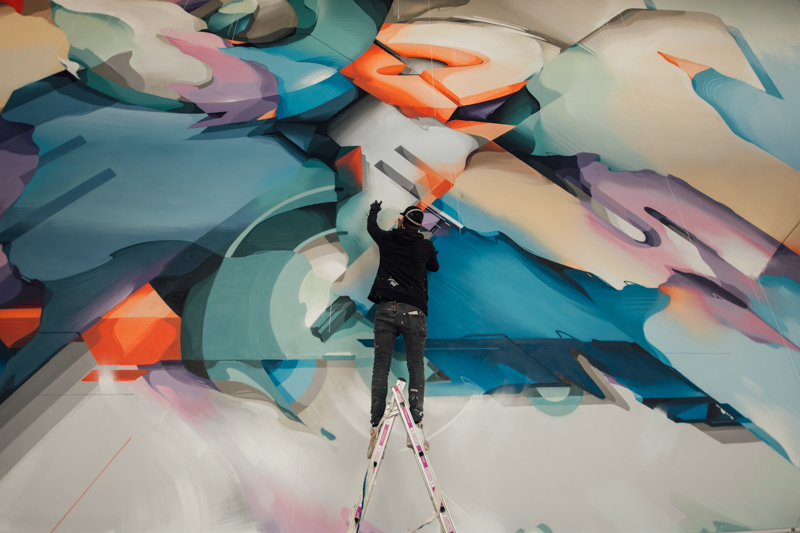 I continued my travel to ‘River City’ for the Brisbane Street Art Festival. Knowing the lush green surroundings of the area, and the often blue-skies of Queensland, I set to work with a color palette that would reflect the environment. 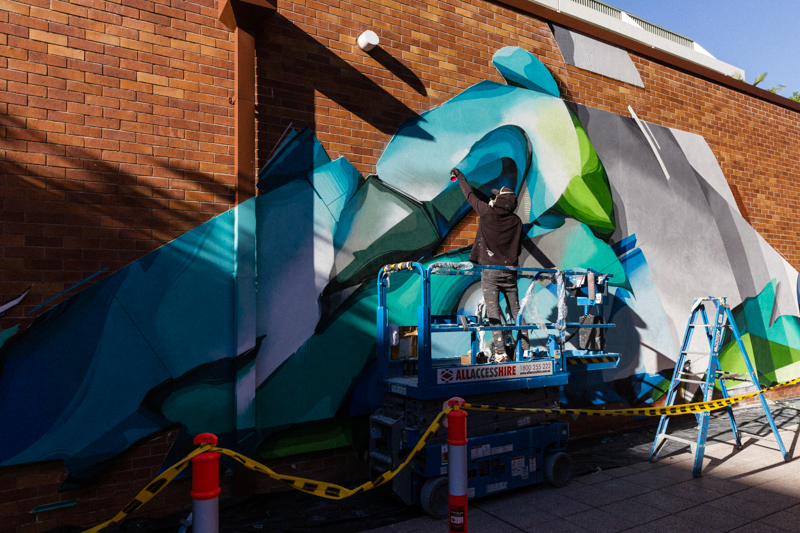 Trips to Glasgow and Leicester UK followed before I finally and quite exhausted set foot on Dutch soil again.

This summer we re-released the book ‘First 20 Years‘  and this created another round of overwhelmingly enthusiastic responses. In November we launched our very first shirts. The road to this launch was full of new insights.

In the fall I took up a very special project, a tribute to Akosua, my wife. I made a mural for her on a memorable spot, where in 1997 I did my first illegal piece. It’s this particular spot that marks the path I still continue to walk on today. In Miami I also revealed BRIQUE.N˚ 07 ‘Akosua’. 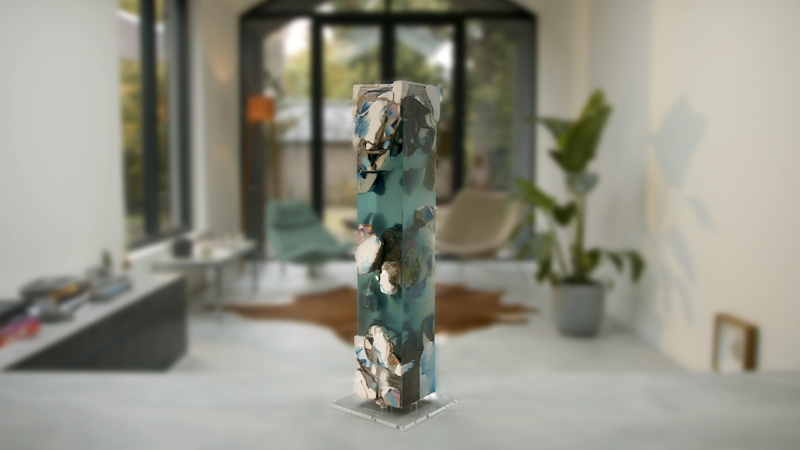 2019 pushed my limits. There was no way around the fact that I needed support in my team. Scott enhanced the team with his film and photography skills. He joined the trip to Las Vegas for the Mural Oasis project: 4 walls in 12 days. Through his outstanding shots and videos Scott gave you a day-to-day insight in this trip and my work.

Also David and Micha joined the team in the role of managers. Together with my brother Joan (Lab Expert), Linda (Shop Manager), Marco (Creative Director), Frieda (Text) and Sanne (Finance, Planning and more) we are team DOES. For me, DOES is like a fairy tale, a second person in my life. The support of this team enables me to stay focused on the creative process and keep the fairy tale alive.

Big thanks to the whole team!

Before I blow out this year’s candle I would like to thank you, my followers, enthusiasts, all who contribute to my journey, for your continuous support.

I bet your friends will think you are cool if you share this...

2019
This website or its third party tools use cookies, which are necessary to its functioning and required to achieve the purposes illustrated in the privacy policy. If you want to know more or withdraw your consent to all or some of the cookies, please refer to the 'Privacy Policy'. By closing this banner, scrolling this page, clicking a link or continuing to browse otherwise, you agree to the use of cookies.OkPrivacy Policy